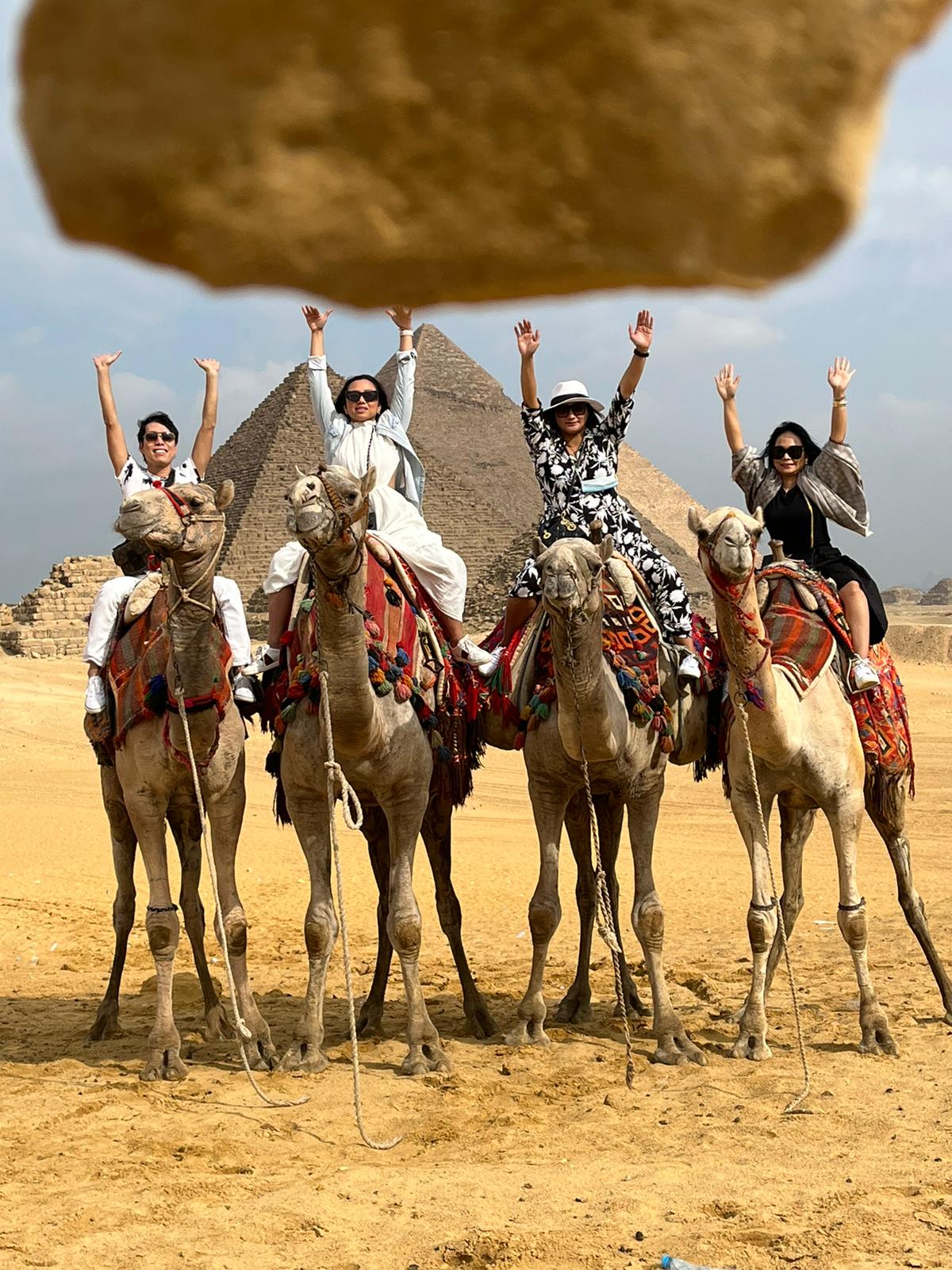 The Great Pyramid of Giza, the last of the ancient Seven Wonders of the World, is a defining icon of Egypt. It was built twenty years during the reign of King Khufu on the Giza plateau near the modern city of Cairo. The Great Pyramid was the world's highest structure built by human hands, a record it held for nearly 3,000 years and is unlikely to be surpassed, and the Egyptian pyramid still holds the distinction after such a long time.
We will take you on a private VIP tour to have the inside of the Great Pyramid of Giza dedicated only to you

We will pick you up from your hotel and transport you to the Giza Pyramids with our private Egyptologist tour guide. An archaeology inspector will be waiting to combine you on your trip. After that, the intriguing search will begin. You will get a private tour inside the pyramids with your own tour guide, who will introduce you to the region so that you can learn more about the pyramids and the theories surrounding them. After that, you have your free time to explore King Khufu's Great Pyramid, where you may learn about its magnificence, spirituality, and power for about an hour. After the tour ends, we will drive you to an Egyptian restaurant for breakfast.