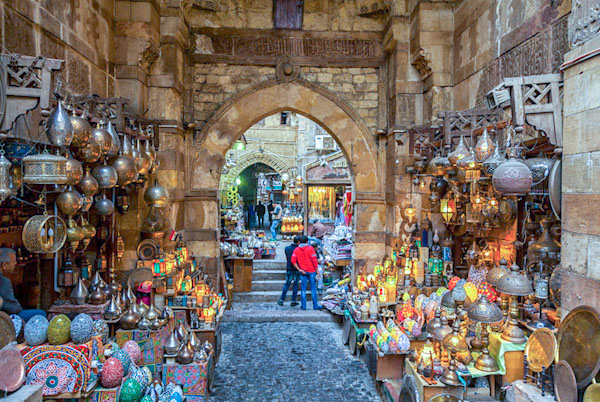 Old Cairo was the seedling that grew into the current city of Cairo, which now houses the most amazing tourist attractions. The first settlements in Old Cairo were the commencement of an old canal that ran between the Nile River and the Red Sea 2000 years ago. Despite the fact that the Nile has retreated, Old Cairo is still home to some of the most amazing historical sites in the world. With the Coptic Cairo sightseeing, many of the sites date back to the Greco-Roman period. The Babylon fortification was built on this site, which was considered the frontier between Upper and Lower Egypt at the time.

Here are some of the most amazing places to see in Old Cairo:

As a child in Tikrit, Iraq, in 1137 AD, Salah El-Din pursued a wide range of interests including the Quran and theology as well as astronomy, mathematics, and law. His uncle, Asad-al-Din Shirkoh, the leader of the Zengid dynasty, educated him as a member of the army.

Salah El-Din was able to take on leadership roles throughout military campaigns due to his outstanding success during conflicts. Through his excellent ability and deftly performed strategies, he was likewise able to advance from soldier to King of Egypt and Syria. His might enabled him to depose the Fatimids and hold control in Egypt.

The Citadel, which protected the city from the heights of the rocky hills that overlooked it, was the focal point of these massive defenses. Until Khedive Ismail transferred to Abdeen Palace in the 1870s, Egypt’s seat of government was Saladin’s Citadel, which was built in 1183 AD and served as Egypt’s administrative center for 700 years. 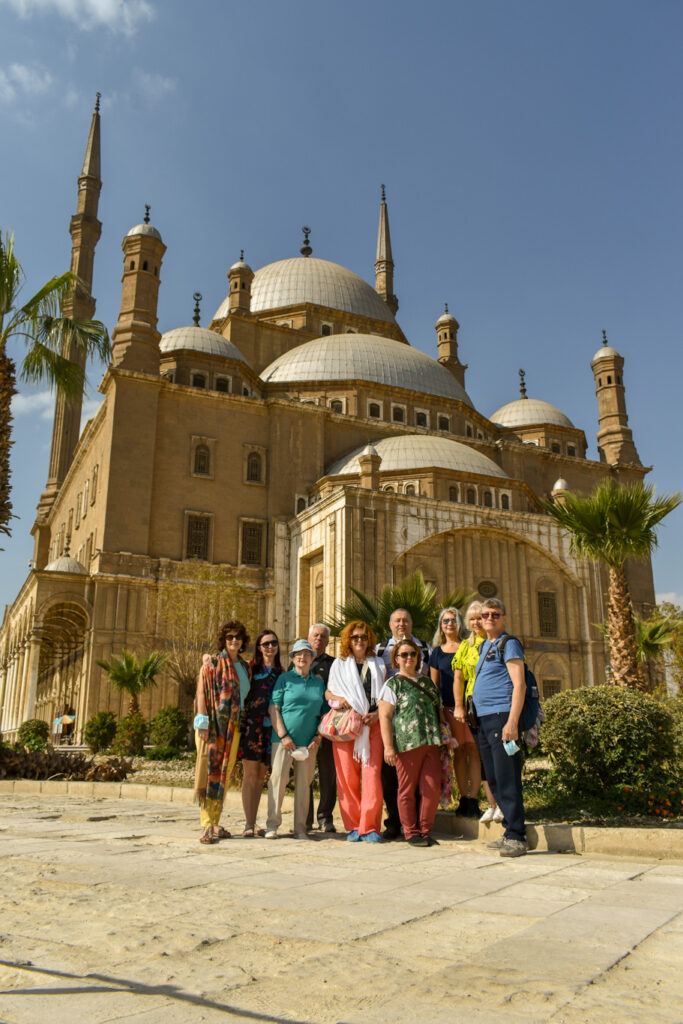 In the eyes of many, Mohammad Ali is the founder of contemporary Egyptian culture. He created the Khedivate of Egypt and Sudan in 1805. Then followed the French occupation between 1798 and 1801, after which his descendants controlled Egypt until the free officers’ revolt in 1952.

Mohamed Ali constructed one of Cairo’s most remarkable structures, which still exists today. After his son died, he erected the Alabaster mosque in his son’s memory. The mosque is readily visible from the rest of the compound. In addition to the Mohamed Ali Mosque, the Citadel houses the National Military Museum, which has the uniforms and weaponry of troops of the period, a police museum, and various other museums associated with Mujhamed Ali’s palace. 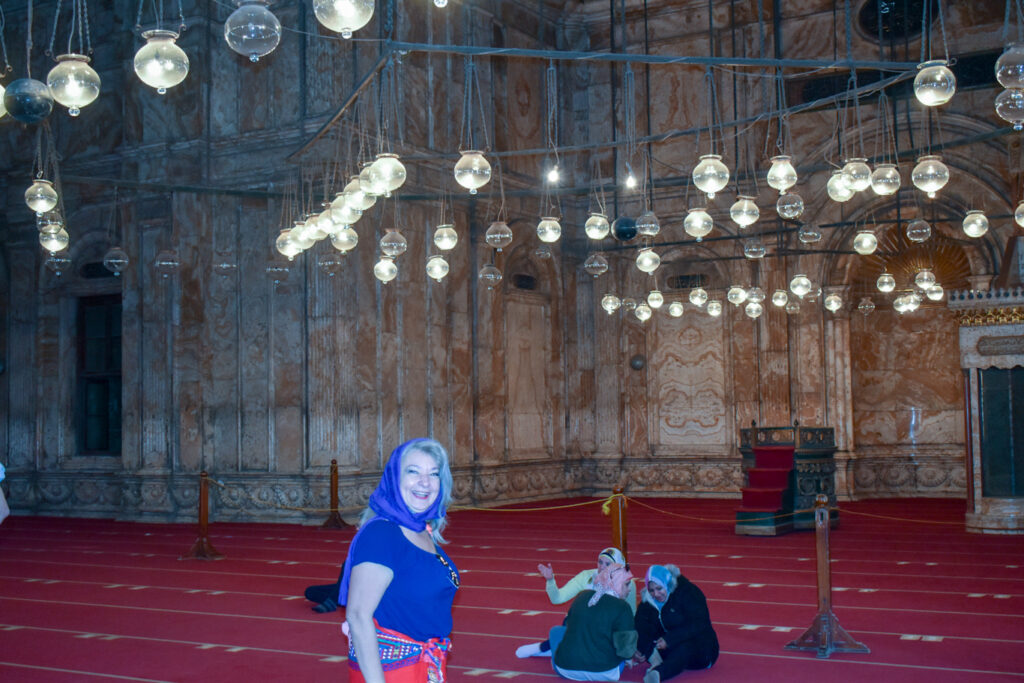 Coptic Cairo is a fantastic neighborhood of Old Cairo that you should not miss seeing. Coptic Cairo features various Christian churches and other attractive structures dating from the period between the collapse of the Pharaonic religion and the Islamic Period. Coptic Cairo was mostly built on the remnants of the Babylon fort’s walls.

Before Islam arrived in Egypt in the 7th century, Coptic Christianity was the dominant religion in Egypt under the Romans. It was established in 1910 and holds documents of Coptic history beginning with the introduction of Christianity in Egypt and continuing through the Ottoman Empire. In addition, the museum exhibits artworks inspired by Egyptian, Ottoman, Byzantine, Roman, and Greek traditions. 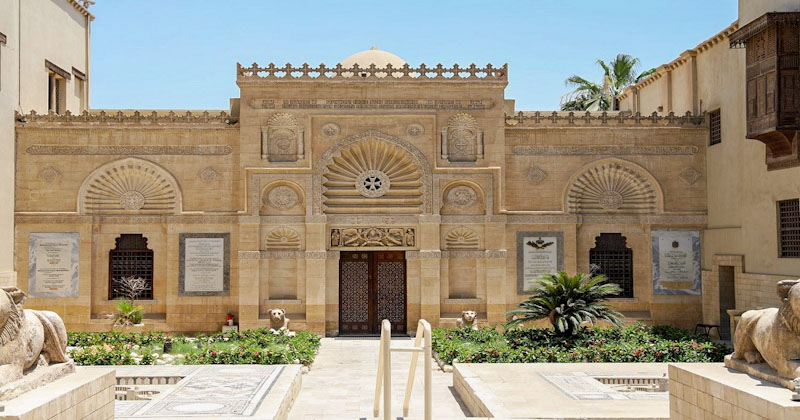 Al-Muizz street is the perfect site to come if you want to see both the history of Islamic Cairo and new structures alongside old landmarks. Some of the most well-known sites to see when visiting Al-Muizz street are:

The Ghoreya complex, located at the beginning of Al-Muizz street, is a well-known landmark in the Al-Azhar neighborhood. The tomb erected by Al-Ghuri may be seen on the east side of the roadway. Unfortunately, his remains from the Ottoman war were lost and were not interred there.

The mosque was constructed in the center of Islamic Cairo. The complex contains a mosque, a madrasa, a tomb, and a Maurita, which was replaced in 1920 by a modern hospital. The windows of the complex are influenced by the Gothic style of architecture that Sultan Qalawun admired.

The mosque, built in the 14th century, is a magnificent example of Mamluk architecture. The mosque’s vast size was stunning back then, and its architecture and elegance still leave an impression on tourists today.

Sultan Hassan, for whom the mosque in Old Cairo was named, delegated construction oversight to prince Muhammad Ibn Babylik Al-Muhassani. The mosque took four years to build out of stones and bricks. The mosque was erected on the site known as souk al Khayl or the horse market.

The mosque is regarded as one of the most recognizable structures in the Islamic world. Sultan Hassan Mosque is a landmark of Islamic old Egypt in the same way that the Giza pyramids are a landmark of ancient pharaonic Egypt. The inside of the mosque is elegantly designed, with a large central court. The mosque is not only notable for its enormous size, but it is also regarded as the most emblematic of Cairo’s magnificent mosques.

Check out our range of Egypt sightseeing 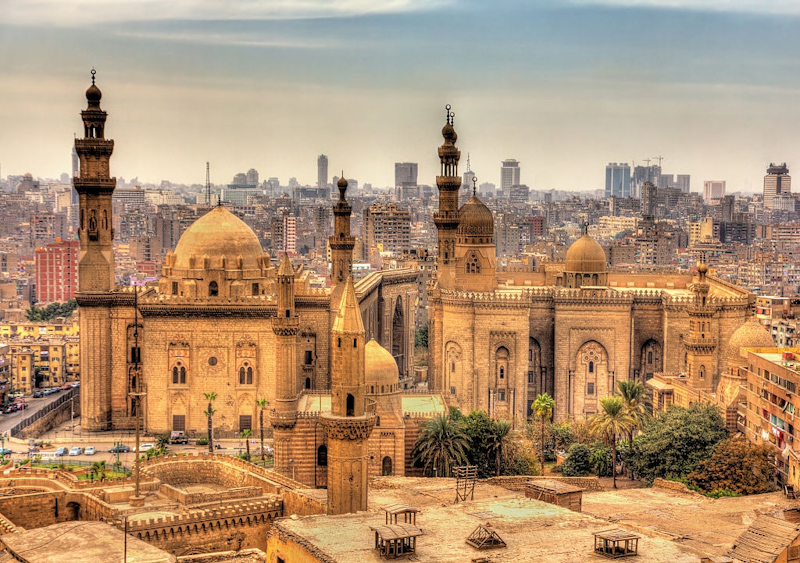